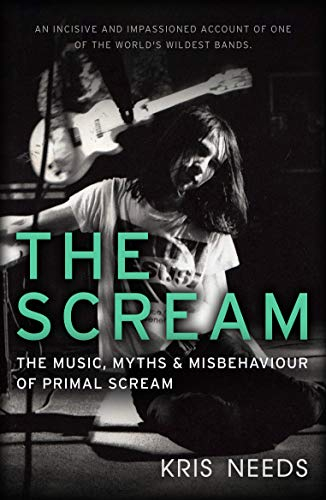 The Scream: The Music, Myths and Misbehaviour of PRIMAL SCREAM (Kindle Ausgabe)

In 1991 a Scottish band called Primal Scream, who had been knocking around the music scene in London to little acclaim, released their third album. It was called Screamadelica. With its hazy fusion of punk, rock, dance and psychedelia it became an instant classic, a cutting edge monster that slayed anyone in its path, be they indie-kid or dance loony. Rock journalist, DJ and dedicated muso Kris Needs went to interview singer Bobby Gillespie at the offices of Creation records. It was a meeting of minds and before long Kris was aboard the Scream carousel, joining the band on tour and opening as DJ at their gigs.

An insider with their notorious entourage, despite some riotous living Needs recounts the evolution of Screamadelica with remarkable clarity and the fervour of a true enthusiast, combining a wry take on the band’s recreational habits with detailed knowledge of their music. He credits the input from DJ/producers Andrew Weatherall and Alex Paterson of The Orb, who took tracks such as Higher than the Sun, already a beatific drugs anthem, “wrapped it in technicolour gossamer and booted it into the orbit, shimmering and reeling in a hallucinogenic mind-warp”. Others came along for the ride – Jah Wobble of Public Image Ltd, bass player Mani of the Stone Roses and fellow Scot Irvine Welsh. Primal Scream wrote and performed the title track for the hit film of his novel Trainspotting, thereby securing their place in alternative modern culture.

Screamadelica is now considered a seminal work, appearing in countless lists of top albums ever made and one of only 21 chosen for BBC4’s series on the making of classic albums. Unlike so many other successful bands Primal Scream have remained together, despite the tragic death of original guitarist Throb. They have produced further hit albums and continue to tour, led by charismatic, articulate founding member Bobby Gillespie. Originally published in 2003, this edition has a 2019 foreword by Kris, now a legendary rock journo, and is the definitive biography of this iconic British band.
ShareTweetTeilen Teile per WhatsApp Teile per Messenger
Zusätzliche Info
Amazon AngeboteAmazon Gutscheine
Sag was dazu FolgenFür später speichern